Kitchen Stuff Plus started selling its wares in Toronto flea markets, then graduated to a particularly successful short-term store rental, which led to the opening of KSP stores in high-traffic locations. The company had decided to make a further transition from a chain of boutique stores to a series of “Big Box” outlets, and hired J. Gottheil Marketing Communications to be its Agency of Record.

To grow the KSP chain by making a successful transition from boutique to “Big Box”.

J. Gottheil researched in store marketing and the advantages and disadvantages of making the switch between -regular and box stores, paying careful attention to current customer profiles and references. J. Gottheil  conducted location analysis, to determine the best spot for a new store opening, researched the competition in depth, and carefully profiled potential target audiences. This led J. Gottheil to implement an integrated campaign of PR support, instore promotions and extensive print initiatives, leading up to the first new-format store opening.

As a result, the opening of KSP’s first ‘Big Box” store was a great success. Customers lined up for hours before the store opened, to make sure they would be among the first to shop. 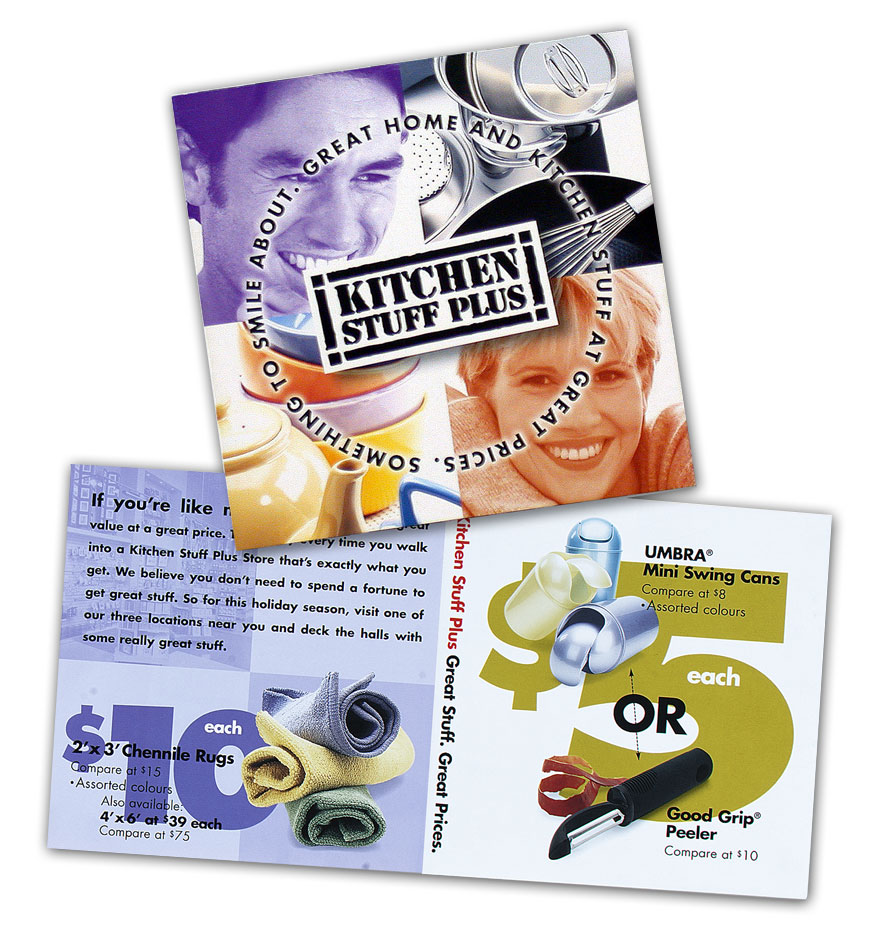